A Road Less Traveled: Crafting an Anthology
by Roland Allnach

Writing anthologies is something I've enjoyed, for the very fact that anthologies constitute a unique form of literary expression. Anthologies themselves can be broken down into two types, from the unrelated collection of short fiction, to the more elusive, but perhaps all the more satisfying, thematically linked anthology. I chose the latter path with my latest book, ‘Oddities & Entities’, which consists of six different stories bridging the paranormal, supernatural, speculative, and horror genres - with a little dark humor, for good measure.

Why choose an anthology? The creative journey that led to ‘Oddities & Entities’ started with a single short story I wrote, one by the name of “Shift/Change”. There’s a quote from the story that really captures the central theme of the book: “There’s more to this world than flesh and bone.” That opened a door in my mind to consider things beyond the everyday existence we share, and exposed a varied landscape of possibilities. Following “Shift/Change”, I wrote three more stories along similar lines, but with increasing degrees of philosophical undertones. It was at this point that I realized I was focusing around the theme lingering in my head from “Shift/Change”. With that in mind, and four stories to contribute toward its exploration, I made the decision to create an anthology. I knew I needed two more stories to complete the book, and they became the two longest pieces, because they serve to both unify the philosophical aspects of the book and at the same time open them to further consideration.

Part of what I wanted to depict in ‘Oddities & Entities’, beside the central theme of life having more complexity than the everyday world, was to impart a sense of fractured localities. Through the use of diverse settings, I aimed to develop an atmosphere in the book that no matter where you are, no matter what you do, strange things can find you, and they don’t necessarily understand or care for the rules under which we live. Here is where the use of the anthology as a distinct form of expression allowed me to combine the stories so that the sum is somewhat more than its parts. In an anthology with a unifying theme, the individual stories aren't just randomly combined pieces, but composites that build upon each other, developing the unifying aspects of the book through varying perspectives. In a way, it let me tell a whole other story, without it ever appearing in a specific form in the book.

I consider an anthology a form of creative expression akin to how we often view life itself. Our existence is a mosaic of diverse people and events, yet we have a natural inclination in our subjective thought to tie all those various moments together. So, while our memory is composed of many little stories, those stories together tell something greater, they tell who we are. It’s a handy comparison, and it fostered the mental exercise necessary to maintain the linkage between the stories of the book.

Anthologies are a reading experience somewhat outside the norm, but I like to think that I’ve offered readers a distinct kind of literary journey. Besides, I like to explore some of the stranger paths of existence when I write. As an author, I find endless possibilities in those considerations, odd as they may be.

As the old saying goes, dare to be different. 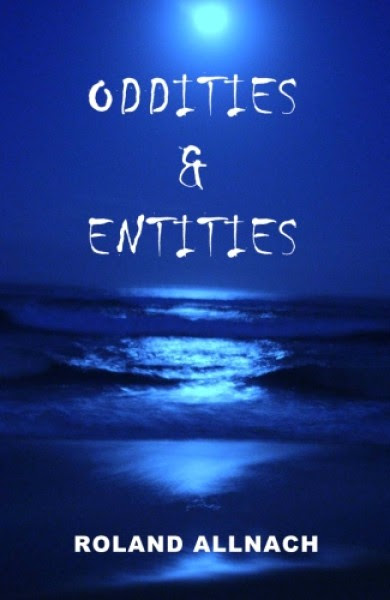 ‘Oddities & Entities’ is a surreal, provocative anthology of six tales within the supernatural/ paranormal/horror genres, exploring a definition of life beyond the fragile vessel of the human body. The stories are: ‘Boneview’, in which a young woman struggles to balance her ability to see through people with the presence of a supernatural creature in her life; ‘Shift/Change’, in which a hospital worker struggles to regain his memory as he is confronted by a series of desperate people; ‘My Other Me’, in which a lonely college student finds himself displaced from his body by his alter ego; ‘Gray’, in which a frustrated man is stunned to discover a little creature has been living in his head; ‘Elmer Phelps’, in which a brother and sister find themselves linked in a strange reality by a bat bite in their youth; and lastly, ‘Appendage’, in which a cynical mercenary is hired by his son to protect a research lab on the verge of a stunning discovery.

“Oddities & Entities” by Roland Allnach, categorized as horror fiction, is unlike any other horror fiction I have ever encountered. The book is comprised of six stories, each of which is written a cut above the norm. There are no recognizable monsters in these stories, no sophomoric zombies, no evil ancient vampires, and none of the standard fare I have become accustomed to in the horror genre. I do like the usual run of the horror genre, but this book is written with thoughtful intelligence, for an intelligent adult reader. I do not mean to imply sexual situations or coarse language. What I mean is, any intelligent reader, capable of deep thought, will find this book irresistible. The six individual stories are as unlike as any six stories can be, yet each one is so sufficiently well-written that, if sold as individual short stories, I wouldn't hesitate to award 5 stars to each of them.

To say I like this book is a crass understatement. Each story drew me in and evoked my empathy for various characters. These stories forced me to actually think beyond what I was reading. Each premise was unique, at least in my experience; I have never encountered any other stories that even approach the situations these present with authority and authenticity. If I could boil down my perception of this book into a single word, that word would be WOW! Roland Allnach’s first anthology, “Remnant”, which I have also read, was placed as a finalist in the Science Fiction category in the 2011 National Indie Excellence Awards. I absolutely expect “Oddities & Entities” to follow suit. If you read only one book this year, make it this one. Be prepared to have your comfort zone challenged. 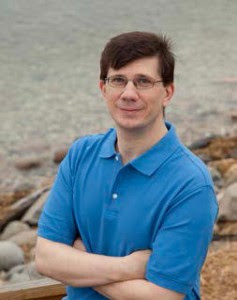 About the Author:
Roland Allnach has been writing since his early teens, first as a hobby, but as the years passed, more as a serious creative pursuit. He is an avid reader, with his main interests residing in history, mythology, and literary classics, along with some fantasy and science fiction in his earlier years. Although his college years were focused on a technical education, he always fostered his interest in literature, and has sought to fill every gap on his bookshelves.

By nature a do-it-yourself type of personality, his creative inclinations started with art and evolved to the written word. The process of creativity is a source of fascination for him, and the notion of bringing something to being that would not exist without personal effort and commitment serves not only as inspiration but as fulfillment as well. So whether it is writing, woodwork, or landscaping, his hands and mind are not often at rest.

Over the years he accumulated a dust laden catalog of his written works, with his reading audience limited to family and friends. After deciding to approach his writing as a profession, and not a hobby, the first glimmers of success came along. Since making the decision to move forward, he has secured publication for a number of short stories, has received a nomination for inclusion in the Pushcart Anthology, built his own website, and in November 2010 realized publication for an anthology of three novellas, titled Remnant, from All Things That Matter Press. Remnant has gone on to favorable critical review and placed as Finalist/Sci-fi, 2011 National Indie Excellence Awards; Bronze Medalist, Sci-Fi, 2012 Readers Favorite Book of the Year Awards; and Award Winner-Finalist, Sci-Fi, 2012 USA Book News Best Book Awards. Roland’s second publication, Oddities & Entities, also from All Things That Matter Press, followed in March 2012. It, too, has received favorable critical review, and is the recipient of four awards: Bronze Medalist, Horror, and Finalist, Paranormal, 2012 Readers Favorite Book of the Year Awards; Award Winner-Finalist, Fiction/Horror and Fiction/Anthologies, 2012 USA Book News Best Book Awards.

His writing can best be described as depicting strange people involved in perhaps stranger situations. He is not devoted to any one genre of writing. Instead, he prefers to let his stories follow their own path. Classification can follow after the fact, but if one is looking for labels, one would find his stories in several categories. Sometimes speculative, other times supernatural, at times horror, with journeys into mainstream fiction, and even some humor- or perhaps the bizarre. Despite the category, he aims to depict characters as real on the page as they are in his head, with prose of literary quality. His literary inspirations are as eclectic as his written works- from Poe to Kate Chopin, from Homer to Tolkien, from Flaubert to William Gibson, from Shakespeare to Tolstoy, as long as a piece is true to itself, he is willing to go along for the ride. He hopes to bring the same to his own fiction.

Tuesday, February 12 – Guest Blogging at Delphina Reads Too Much

Tuesday, February 19 – First Chapter Reveal at As the Pages Turn

Wednesday, February 20 – Interview at As the Pages Turn

Thursday, February 21 – First Chapter Reveal at Beyond the Books

Monday, February 25 – Interview at Pump Up Your Book

Tuesday, March 5 – Guest Blogging at The Story Behind the Book

Wednesday, March 6 – Interview at Between the Covers

Tuesday, March 12 – Interview at Beyond the Books

Friday, March 28 – Interview at American Chronicle
Posted by Unknown at 12:00 AM 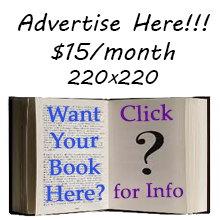 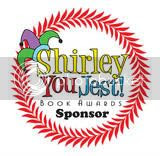