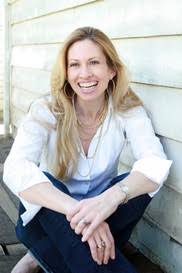 1. Your debut novel, Cephrael’s Hand was the winner of The Written Arts Award for both the best fiction and the best Sci-Fi/Fantasy categories–congratulations! So tell us, what was the inspiration behind this story, and can you tell us a little bit about it?


I started the first version of Cephrael’s Hand when I was going through a difficult time in my life. I needed the cathartic joy that I’d always found in writing. I didn’t set out to write a novel—just to write. That first draft had no planning, no world-building, no design. It was pure creative inspiration. And it was awful!

But the characters… I had brought them into being, and they insisted that they had a story to tell. It took my growing as a writer—and over a million words tossed into the trash—to finally tell their story properly.

Cephrael’s Hand is the result of a philosopher’s approach to fantasy. It’s the story of one man’s steadfast determination to save the realm he swore to protect, and his willingness to do anything it takes to accomplish that end—even to betray those he loves. It’s the story of the unlikely pieces (men and women) who unknowingly fall beneath his shadow, and of the players who follow him. Ultimately, it’s a story of salvation.

I see fantasy as a metaphor for life in this world. We all face tests of our honor. We’re all working to accomplish our goals and flourish and prosper. Few of us set out to do evil. Yet evil is done. Goals are abandoned. Integrity is compromised. We totter precariously on thin wires as we move through the labyrinth of life. I strive with my series to illuminate those wire-thin paths, that we might find solid ground beneath them.

2. Without giving away too much, can you reveal what’s in store for the readers when they crack open Cephrael’s Hand?


If you listen to my critics—too many characters! But this is an epic fantasy dealing with a conflict that spans multiple kingdoms. It takes a team to save the world.

Hopefully you’ll meet interesting characters and a world you can easily find your own place within. You’ll discover pirates, princes, star-crossed lovers and philosopher-soldiers. You’ll see many characters who are not as they appear, and a few who are exactly as they seem. You’ll find adventure on a perilous road with prince Ean val Lorian, and farcical escapades with Trell of the Tides and the pirate Carian vran Lea.

You’ll often wonder who is good and who is evil—because most villains in real life are cloaked in shades of gray.

3. Can you tell us more about some of the key concepts that inspired the world of Cephrael’s Hand?


The story is crafted out of many of the philosophies I’ve studied. As I was planning Cephrael’s Hand, I had been reading about game philosophy. Game philosophy speaks on the importance of games in our lives and takes a look at their composition (barriers, purposes and freedoms) and their anatomy (pieces, players, maker of games). It’s a compelling concept with abundant applications, and I became immediately interested in exploring the ideas more via the story of Cephrael’s Hand.

Balance is another concept that threads throughout the story. Exploration of this idea comes out of my study and practice of yoga. If ever a concept permeates our lives, the pursuit of balance is one. Whether seeking to balance work and parenthood, our social commitments and our private lives, or even just the juggle of that list of a thousand things we’ll never get to, every one of us is seeking balance in some fashion. Placing this concept within the framework of a fantasy story embellishes it with a magical lure.


I can’t say that a particular constellation is important to me personally, though I’ve studied Astrology for many years. But I’m drawn to the idea, both scientifically and philosophically, that we are all connected somehow with each other and the broader universe. String Theory and General Relativity play to this idea from the perspective of science. Certainly, if we are connected to the stars in some esoteric way, then the actions of the stars can impact us.

Astrology believes this, and the graphing of natal charts proves an underlying truth in this ancient, mystical and often misunderstood science. Philosophies far and wide declare that we’ve descended or separated from a universal oneness and teach karmic values with the intent of helping us return or re-ascend to that harmonious state. The concept of Balance in Cephrael’s Hand stems from this idea of universal connectivity.

5. Ever since a linguist named Tolkien came along, language has been a very important aspect of the epic fantasy genre. What inspired the various languages in Cephrael’s Hand?


The desert languages are based on Farsi or Arabic, depending on the tribe. Farsi is one of the oldest languages still in use today, and its traditions lent themselves well to the Kandori culture, which is one of Alorin’s oldest races. Likewise Arabic, being originally a language of the nomadic tribes, seemed the correct base from which to draw the language of the Akkad.

Even older than both of these languages in my novel is Old Alaeic, which is the original language of theangiel, the Maker’s blessed children, and of the two original races: the zanthyrs and the drachwyr. Old Alaeic draws primarily from Gaelic root words. I chose Gaelic because the language maintains some of the earliest roots of our Indo-European linguistic heritage. Its spellings and pronunciations are almost universally reminiscent of mythological beings from ancient times and are often associated, especially in the fantasy genre, with elves, Druids or other mystical races.

6. Which other authors have served as influences and inspiration for your own work?


I love lyrical writing, so my bookshelves host an eclectic mix (albeit heavily weighted with fantasy and science fiction). Those who first come to mind from the fantasy genre are Anne Rice, Patrick Rothfuss and Jacqueline Carey, all of whom carry on a great and fabulous romance with the English language, much to the ecstasy of millions. Being able to string words like pearls into a story that reads at times like poetry in motion seems the greatest pinnacle of storytelling skill.

7. It’s been said that one of the most time-consuming processes of writing epic fantasy is world building. Without giving too much away, what are a few of your favorite world aspects and what inspired them?


As I wrote in a recent guest post, world-building and the magic system developed for the world are intimately connected. We can’t really describe a fantasy world without talking about the magic that rules it, because so much of what we understand about the world derives from our understanding of how the physical laws of the world work.

In creating my world of Alorin, I established five “strands” of the lifeforce known as elae. These strands are a way of describing and codifying the lifeforce which is the source of energy in the world, but they are only one way of describing it. While most of the viewpoints I am writing from agree with describing the lifeforce in terms of “strands,” there are other races in Alorin who have codified it differently, darkly, or with less purity for lack of philosophical simplicity.

I love exploring different viewpoints and imagining how each would describe a universal energy. I love examining the cultures that seek to describe this energy and how their ideals might alter their understanding of it. For example, the Adept race believes that Adepts are born with the ability to work one of the five strands, but only one. Yet some of the “Wildling” races are known to be able to innately work more than one strand.

The Fhorgs race works blood sacrifice to fuel their magic. Would their magic work without such sacrifice? The Adepts believe that it would. Yet within the Adept philosophy, a working of magic requires faith both in the existence of power and in one’s ability to manipulate it. If the Fhorgs don’t believe themselves able to wield the lifeforce without letting blood, it follows that magic would become unavailable to them simply because of their lack of belief. Moreover, because the Fhorgs don’t limit their ideas of their magical ability to a five strand approach, it’s possible they might achieve more through the wielding of it–or not. These are existential questions for these two races, questions which set them at odds with each other. Questions from which derive conflicts and persecutions, intrigues and betrayals.

Such explorations fuel both world-building and magic-system building, because their delineation establishes how the world works, how the people of the world interact with the energy that fuels it, how they interact with each other, and how they use the energy itself to work arcane acts.

8. You grew up in a house full of musicians, but your creativity emerged in the form of writing. Have you always felt called to write?


I always thought I would end up with a career in music like the rest of my family. I grew up harboring such an appreciation of these accomplished, classical musicians all around me, it seemed a natural course to follow in their footsteps.

Instead, I stumbled into writing the way one sometimes bumps into providence, colliding with it accidentally. I happened to take a creative writing class in high school. My creative writing instructor believed the best way to teach writing was to send her students out to actually write. So I did—hundreds of pages over the next few years. Writing became both an outlet for my creativity and the escape reading had always provided. I know I share that love affair with many authors.

9. At one time or another, most writers hit the wall and their work stalls because of the dreaded writer’s block. What do you do to get around or over this mental wall to resume writing?


Usually I turn to music—either composing it or listening to it. If I can find a great new song, sometimes that will help inspire me out of the hole. When a scene just isn’t working, I’ve learned to go back to where I was last doing well in the story and scrap everything that came after. It’s an agonizing process, but often necessary.

10. The Dagger of Adendigaeth, Book 2 in your series, has just been published. How has your vision expanded from book 1 to book 2, and what kind of creative growth have you experienced in your process this second time around?


We grow as writers with every novel—at least I believe that’s the goal. Many of the things I gained in writing The Dagger of Adendigaeth are intangible, ineffable understandings of myself and my creative process. I think of those times of being fabulously, fantastically stuck and the final moment of inspiration that launched me out of that depressing well. I think of the plot twists that came to me completely without warning, and the absolute magic that is the creative process.

The thing I loved most about writing this book was being able to explore so many viewpoints—especially the viewpoints of those characters who might be viewed as antagonists. But I don’t and never have seen them that way. It’s my greatest purpose in writing this series to be able to show the motivations and ideals that mold and shape each character. The more we can understand each other, the closer to a peaceful coexistence we will find, whether in the microcosm of our lives or the broader political and religious zones.