Alana Terry on The Beloved Daughter

In a time and place where many people get their current events from their Facebook newsfeeds, I try to stay a little more informed about what’s going on in the world. I’m no current events junkie, by far, but I do like to know what’s happening.

Unfortunately, I don’t often feel like news stories leave me with enough of a “big picture” to understand what’s really taking place around the globe.

My solution may sound a little ironic at first; I delve into fiction.

Over the past ten years, I've found that a good novel can teach me more about a country, a people group, or a historical event than I could glean from reading nonfiction.

Several summers ago, when fighting in Syria was so severe, I picked up a novel written by a Syrian national. I learned more from those 300 pages about the Syrian people and their centuries of conflicts than I ever could have gathered from online news sources. And I enjoyed a great story to boot.

Some readers pick up a work of historical fiction and end up grateful that they learned something about the past. My method is somewhat backwards. If I want to know more about a country or a time period, I seek out fiction from or about that era in order to understand it better.

Several years ago, I started writing a novel set in North Korea. It begins with the horrible famine in the 1990s, where a young girl and her family are struggling to survive from day to day. The story follows the protagonist into her adulthood and into contemporary history. The Beloved Daughter doesn’t explain the nuclear program in North Korea. It doesn't relate the (unsuccessful) history of UN sanctions and impositions. It doesn't give you the name of Kim Il-Jung’s wife/partner/whatever she is. But I hope it does give readers a glimpse into the lives of the North Korean people.

You can’t look at the news without seeing North Korea in big flashing letters. But a news story about (another) threatened missile launch doesn't tell you what it’s like to grow up in a North Korean village where people are starving but might get shot for stealing a potato. It doesn't tell you about the fear everyday North Koreans face in this totalitarian regime.

If you want to learn more about a particular place or event, why not log off CNN, put down that newspaper, and pick up a novel?

In a small North Korean village, a young girl struggles to survive. Catastrophic floods have ravaged her countryside. But it is her father’s faith, not the famine of North Hamyong Province, that most threatens Chung-Cha’s well-being.

Is Chung-Cha’s father right to be such a vocal believer? Or is he a fool to bring danger on the head of his only daughter?

Chung-Cha is only a girl of twelve and is too young to answer such questions. Yet she is not too young to face a life of imprisonment and forced labor. Her crime? Being the daughter of a political dissident.

“The Beloved Daughter” follows Chung-Cha into one of the most notorious prison camps of the contemporary free world. Will Chung-Cha survive the horrors of Camp 22?

And if she does survive, will her faith remain intact? 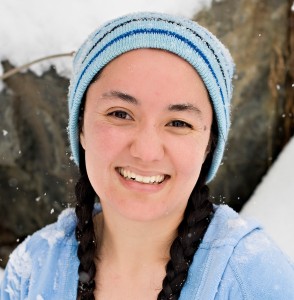 Alana Terry is a homeschooling mother of three. “The Beloved Daughter” is her debut Christian novel and won second place in the Women of Faith writing contest. Alana is also the author of “A Boy Named Silas,” the story of her son’s complicated medical history and “What, No Sushi?” a children’s chapter book about the Japanese-American internment.
Visit her website at www.alanaterry.com or connect with her on
Twitter at www.twitter.com/aboynamedsilas.

Monday, May 6 - Book Featured at Examiner

Tuesday, May 7 - First Chapter Reveal at The Writer’s Life

Wednesday, May 8 – Interview at Straight From the Author’s Mouth

Thursday, May 9 – Interview at Review From Here

Tuesday, May 14 - Guest Blogging at The Paperback Pursuer

Wednesday, May 15 – First Chapter Review at Beyond the Books

Thursday, May 16 – Interview at The Dark Phantom

Friday, May 17 – Character Guest Post at As the Pages Turn

Monday, May 20 – Interview at Pump Up Your Book

Tuesday, May 21 – Interview at Literarily Speaking

Thursdsay, May 23 – Guest Blogging at The Story Behind the Book

Friday, May 24 - Book Review & Guest Blogging at The Book Barista

Sunday, May 26 – Book Review at Create With Joy

Monday, May 27 – Interview at The Writer’s Life

Tuesday, May 28 – Interview at Blogcritics

Friday, May 31 – Interview at Between the Covers

Friday, June 14 – Book Trailer of the Week at Pump Up Your Book

Wednesday, June 19 – Book Review at A Peek at My Bookshelf

Friday, June 21 – Interview at Beyond the Books

Friday, June 28 – Book Trailer Reveal at If Books Could Talk

Friday, July 26 – Interview at American Chronicle
Posted by Unknown at 12:05 AM